The right bike for a girl - models, specifications and selection criteria 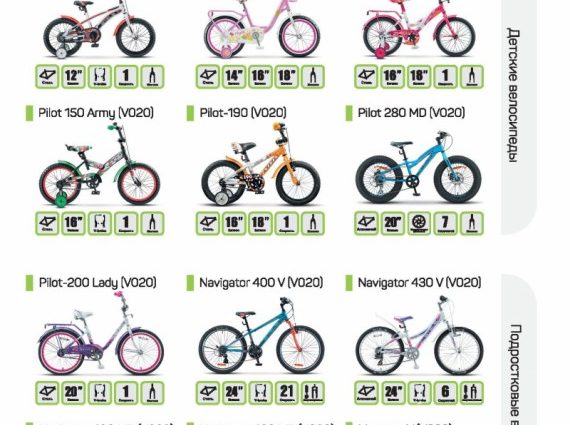 It is possible that choosing a bike for a girl is much easier than for a guy. Where did this request come from? Women on two-wheelers don't have to prove their worth with this machine. They also don't care about showing that they are faster or that their bike has more horses or a bigger engine. This is a very different approach than the guys, who in many cases are guided by the motto "either fat or not."

A motorcycle for a woman - why is it so much shouted about?

Looking through Internet forums, you probably found out (let's direct this text towards the fair sex) that a motorcycle for a girl is necessarily 125 or a maximum of 250, and preferably - small scooter Why are men so monotheistic in their opinions about cars for ladies, and after getting a license they drive CBR600 or R1?

Motorcycle for a girl - no more stereotypes

Somewhere deep inside the most important muscle sits the thought that women are fragile and too weak to drive strong two-wheeled vehicles. Of course, in many cases, physically, the fair sex is actually inferior to men. However, this does not mean that women should necessarily ride small motorcycles. After all, they won't be lifting equipment or dragging it up stairs.

Motorcycle for a girl - what is important when choosing?

Two key things are physical data and experience (mostly skills). Manufacturers are very tactful when they release their designs. They don't narrow down the specification that one bike is for a girl and the other is just for a boy. If only their users had this approach...

It's not that you can't be a filigree woman for a heavy machine. It is much more important to adjust the height of the seat to suit your physique. Many riders have found that it is easier to maintain the correct position in a low and heavy HD than in a high and light enduro. So before buying a two-wheeler, just sit on it and see if your full feet reach the ground.

Motorcycle for a woman? Every gender needs practice!

The second thing about women's bikes is craftsmanship. If you are new to motorsport and have recently obtained a license to drive it, it will be easier for you to master the less powerful machines. This applies not only to women, but to every novice motorcyclist. However, often men after the course think that they know how to ride well and are ready for a powerful “sport” or naked.

Girl's First Motorcycle - Customize It to Your Needs

Which beginner bike to choose if you are starting your adventure? A motorcycle for a girl is often chosen for specific needs. Think about where and how often you're going to be riding, and whether you'll be taking it to college, to work, or for muffins, or long hours commuting.

Taking all this into account, you will see that in principle you can choose a scooter (for example, Lambretta), a cruiser (Varadero) or even a naked car (CB 500). Nothing stands in the way of getting behind the wheel of the Suzuki V-Strom 650 Adventure Edition.

Which motorcycle for a woman - some interesting suggestions

Let's get down to business, because you are probably here to look for an interesting bike for yourself, and not to read about whether men have the right to tell you what to ride. Below you will see several models that will prove to be pleasant companions. Among them there are various types:

Let's start with the sought-after cruiser, which is considered a true friend of the fair sex. It can even be used as a motorcycle for a short girl, because its seat is located at a height of 720 mm. Also, it's not a particularly heavy bike as it weighs less than 200kg (197kg to be exact). The maximum speed does not exceed 160 km / h, and the power of the V2 unit is 44 hp.

We remain in the category of motorcycles for short ladies, but more experienced. The big naked Ducati has a low seat (770mm from the ground) and less weight than the previously described cruiser (185kg). High power at 80 hp makes it definitely a suggestion for those of you with a bit more skill already.

And now it's time for the touring enduro, the bike for the girl who wants to go as far as possible. A very good offer even at the beginning of an adventure on a two-wheeler. Why? 48 hp, V-max at 169 km/h, 191 kg of finished vehicle weight and seat height of 750 mm. Adventure teaches not only driving in a straight line and turns on paved roads, but also behavior on gravel and light off-road.

We change the power, but this does not mean that we lower the tone. 33 is an introduction to the world of sports for both women and men (although not all of them will want to admit it). Including Kawasaki 250 hp and the very low weight make for an amazing driving experience despite being only a small quarter. The Ninja XNUMX R is forgiving and can be a great springboard for more powerful machines.

What is a light bike for a girl?

If you're looking to get into a light and agile car, you'll find some great deals below.

One of the weakest (only at first glance), but also light supermoto motorcycles in its class. This gives you amazing agility in the city, no matter how big the traffic jam is ahead of you. You will squeeze (more precisely - slip) between obstacles extremely quickly. This is a bike for a girl who is not afraid of fast turns, and at the same time counts on a reliable and powerful engine.

While the ruler looks like a slippery slope, it really isn't. Why? Well, this single-cylinder two-stroke is only a seemingly machine that makes a lot of noise out of nothing. You get 15 hp as standard. and the same number of newtons. But a visit to the service is enough to unlock another 10 km. And that makes the 115kg machine your best friend.

At the very end, we offer a beautiful Honda with a two-cylinder engine and a curb weight of 141 kg. More importantly, the seat height is less than 700mm, so definitely a light bike for a girl. At the same time, it has a rather frisky engine with a capacity of 17,5 hp. With such a weight and dimensions of the motorcycle, this is quite a sufficient result.

The fair sex should drive no less attractive cars. Therefore, almost all motorcycles for girls described by us are daring, fast and look great. So which bike will you choose? You will definitely make the right decision, because experience shows that motorcyclists lack common sense. long haul!