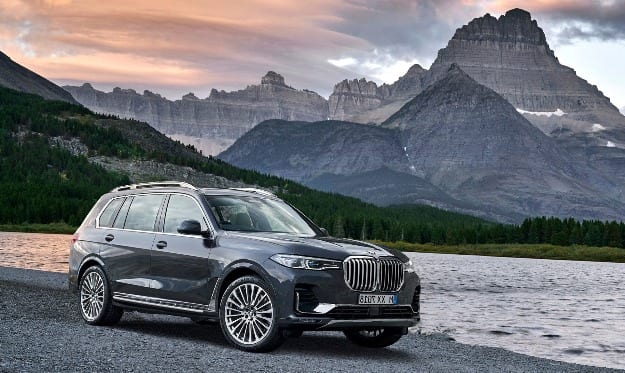 BMW The X7 is a unique car from the German manufacturer that combines safety and exclusivity. The luxury model has a flexible universal control of the SAV class.

Surely you noticed that BMW does not call its crossovers SUV, but SAV, which means Sports Activity Vehicle. The powerful X7 was no exception. The manufacturer has invested all the best in the model, but we will write about this below. 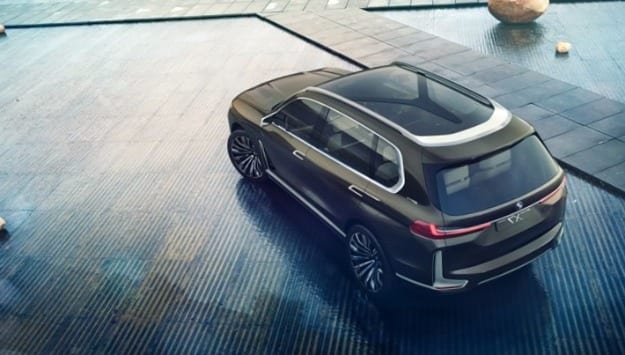 The design of the new BMW looks completely in accordance with its philosophy: a large crossover with the habits of an SUV. The first thing that catches your eye is the radiator grill, which is not that big, it is huge. The view has been preserved - the form of "nostrils". The manufacturer did everything so that it stood out and seemed massive. Headlights are thin. The profile is strict.

The manufacturer immediately warned everyone that the body of the brand new BMW will have a lot of chrome parts. The Germans managed to create a car that is fully consistent with the corporate style and has the features of a classic SUV: a long wheelbase, high roof; increased overhang in the back; massive, but traditional form, grille; narrow head optics with double lenses; wide lower air intake in chrome trim; thin lines of front fog lights; dark body kit throughout the body; straight lines of side stampings. 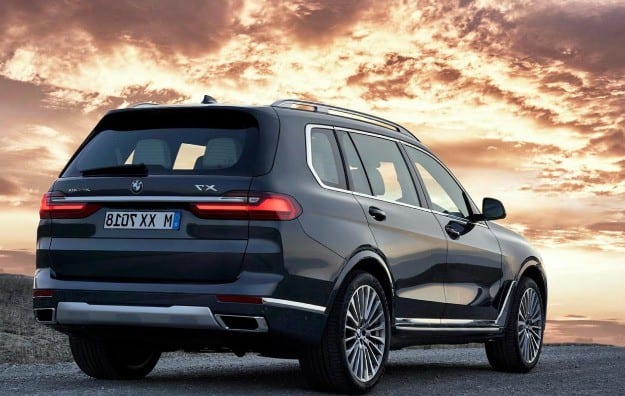 There is no end to talking about visible changes in the design, but what exactly is worth telling is that the size of the side windows has been increased and the rear spoiler has been lengthened.

How does a car go?

In Ukraine, four versions of the BMW x7 are available. The most budget option is a three-liter diesel engine with 526 forces and two gasoline versions: 40i for 340 horses and 50i for 462 forces. Reviews of motorists suggest a conclusion: any version of the X7 goes more comfortable than its predecessors.

Thanks to active stabilizers and a fully-controlled chassis, turning on the X7 is a pleasure. The rear wheels rotate at a small angle, which in turn reduces the turning radius and turns the car into a bend. Because of this, for many drivers, a brand-new crossover seems smaller than it actually is. 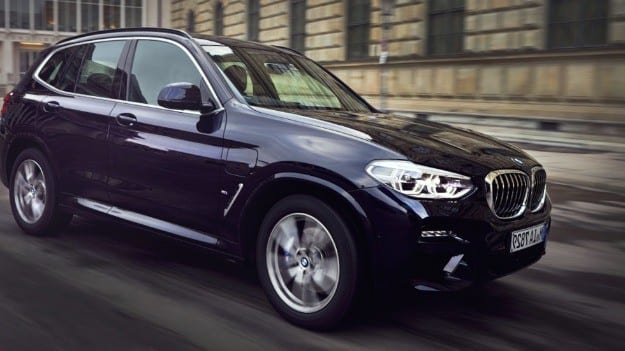 The German SUV is perfect for traveling long distances where the road is stones and sand. X7 easily “swallows” kilometer by kilometer. Not for nothing that Americans love big cars, because the ride on them is comfortable.

I would like to add that the Germans worked on noise insulation: with a fast movement, the roar of the motor is not audible. 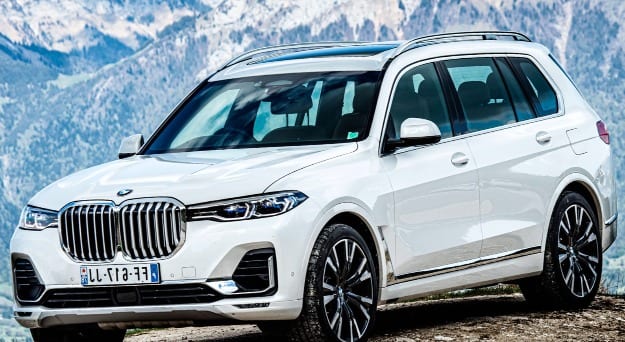 BMW X7 is based on the modern modular platform CLAR. Under the hood there can be one of four engines: gasoline 3.0 and 4.4 (340 and 462 hp, respectively), as well as diesel 3.0 with 265 or 400 hp. An 8-speed automatic transmission with all-wheel drive works with the engine (with all of the above).

A test drive showed that up to 100 km / h, the car accelerates in 5.2 seconds. Good data, but you are unlikely to use it.

The brand new X7 is beautiful not only externally, but also inside. The BMW interior offers more space and luxury than other Bavarian models. The interior finishes combine leather wood and aluminum. But the first thing that catches your eye is a virtual instrument panel and a 12,3-inch touchscreen for devices and another screen for an infotainment system that runs on iDrive 7.0 with support for voice control.

🚀More on the topic:
What do they drive around London? Photos of beautiful cars 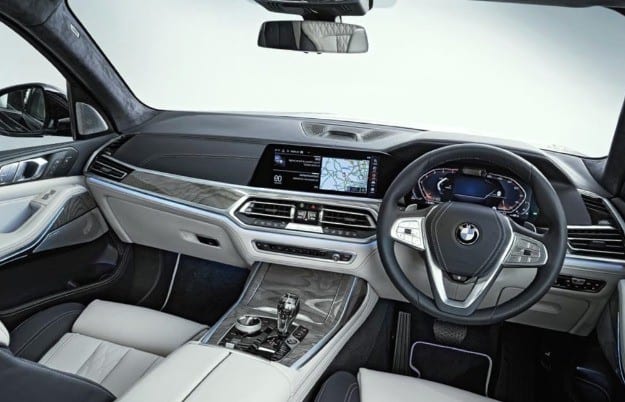 You can not pass the crystal selector of the machine, which is located on the center console. Nearby is the puck of the multimedia system, air suspension control buttons and driving modes. 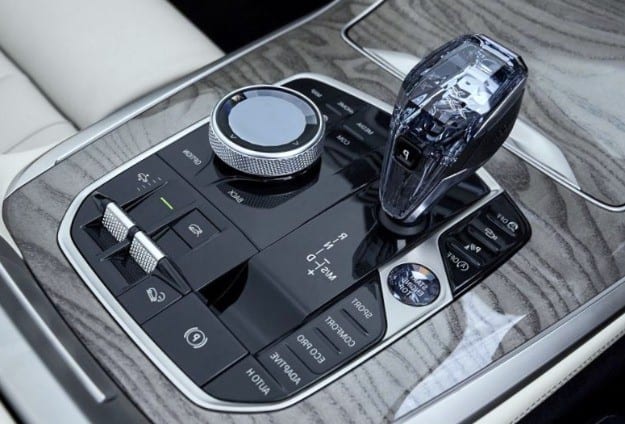 The manufacturer offers a salon of both six- and seven-seater. In the version with three rows of seats, the boot volume is 317 liters, without additional seats, the trunk broadcasts 1376 liters. 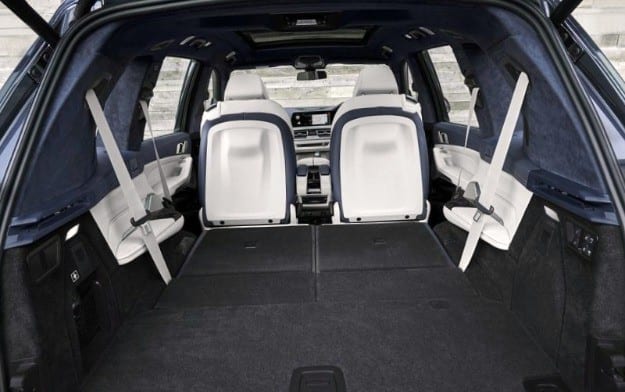 Climate control is standard equipment, but there is an additional function - a five-zone climate control system for the third row of seats. All versions of the BMW X7 have a panoramic roof. 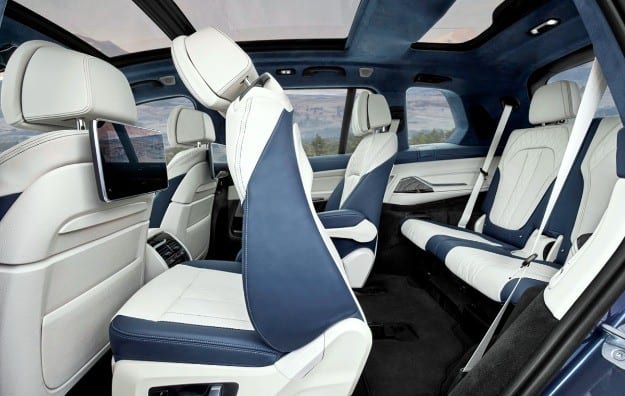 Many people do not risk buying crossovers, since they believe that the consumption of such cars is “brutal,” but the brand new BMW breaks these stereotypes.

Fuel consumption depending on the machine version: 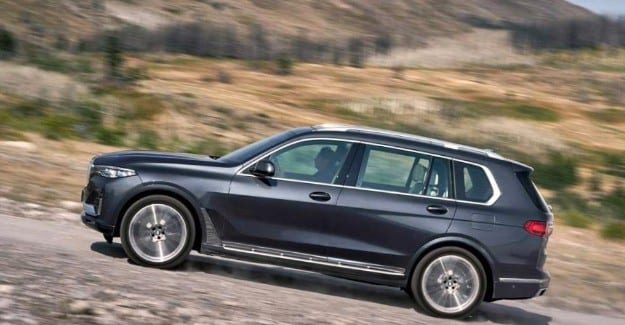 Prices for the BMW X7

The cost of the BMW X7 depends on the configuration and type of engine. But no matter which option the motorist chooses, any version will be of high quality and original.

It is not clear why the Germans delayed the release of the new crossover for 13 years, because the car has only positive aspects. This model will go well not only in the USA, but also in Ukraine. Time will tell how many X7 units BMW will sell. The only thing that can be said is the car is convenient, practical, and most importantly economical, as for its size, with an attractive design. X7 has no competitors, well, maybe Mercedes-Benz GLS.

10 problems every BMW and Audi owner should know about 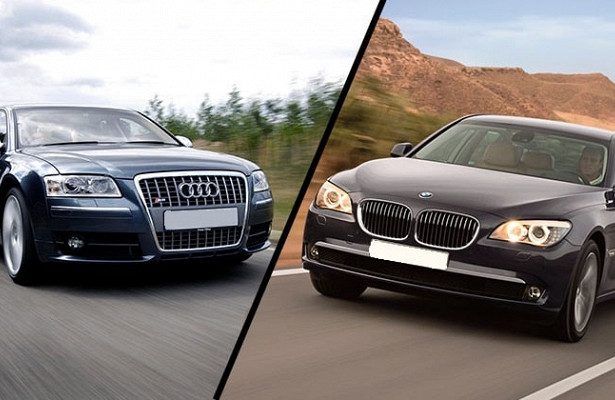 History of the BMW car brand 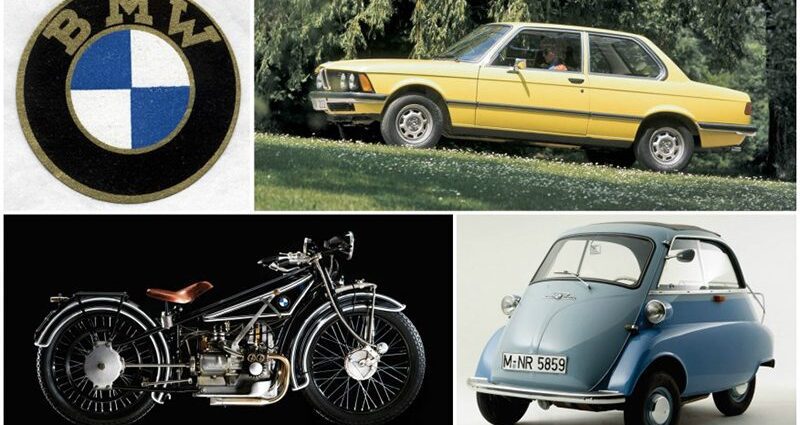 Why did BMW replace the hydrogen engine with fuel cells?