Is R134a a thing of the past? What gas for the car air conditioner to choose? What are the prices for refrigerants?

The car air conditioner is one of the inventions that has brought many benefits when it comes to driving comfort. Many drivers no longer imagine driving without this device. Its operation is based on the presence of a factor that changes the temperature of the supplied air. Previously, it was r134a refrigerant. What is the refrigerant of the car air conditioner currently in use?

Air conditioner refrigerant - why is it needed?

The principle of operation of the air cooling system in a car is simple. With the help of a compressor, condenser, dryer, expander and evaporator, the gas inside is compressed and discharged. Due to this, it causes changes in the temperature of the air entering the passenger compartment. It is logical that the refrigerant for the air conditioner is necessary in this case for the functioning of the entire system. Without it, the work of all components would be meaningless.

R134a refrigerant - why is it no longer used?

So far, r134a has been used in air conditioning systems. However, the situation changed when a decision was made to reduce the negative impact of motorization on the natural environment. You should be aware that not only exhaust gases are harmful to nature, but also the chemicals used for cooling. Therefore, from January 1, 2017, refrigerants with a certain GWP number, which does not exceed 150, must be used in vehicles. What can be said about this indicator?

The story began over 20 years ago in 1997 in the Japanese city of Kyoto. It was there that the researchers concluded that the release of harmful substances into the environment should be immediately reduced. Later GVP (Gen. Global warming potential), which characterized the harmfulness of all substances for nature. The higher its rating, the more destructive it is to the environment. At that time, the r134a gas used proved to be completely incompatible with the new directives. According to the new indicator, it has a GWP of 1430! This completely eliminated the use of r134a refrigerant in automotive air conditioners.

What is the replacement for r134a refrigerant?

One of the members of the VDA association (German. Automotive Industry Association). He made the bold thesis that CO would be a great solution.2as a new air conditioning factor. Initially, this proposal was received with enthusiasm, especially since this substance is the determining factor of the above GWP standard and has a factor of 1. In addition, it is cheap and readily available. The subject, however, eventually leaned in favor of HFO-1234yf with a GWP of 4.

What has been discovered about this air conditioning refrigerant?

Enthusiasm caused by low wThe environmental impact of the new agent quickly faded away. Why? Sobering laboratory tests were cited showing that the burning of this substance releases highly poisonous hydrogen fluoride. Its impact on the human body is extremely drastic. In a controlled vehicle fire study, air conditioning refrigerant HFO-1234yf was used in combination with fire extinguishing agents. As a result, hydrofluoric acid is formed. It has properties that can strongly affect human tissues and cause them to burn. Moreover, the factor itself effectively breaks down aluminum, zinc and magnesium. Therefore, it is an extremely dangerous substance for humans.

Consequences of the r134a recall

The new vehicle air conditioning filling agent is indeed much more environmentally friendly than r134a gas. However, this is where the benefits of this air conditioning factor end. Why can you say that? First of all, the old air conditioner refrigerant had an autoignition temperature of 770oC. Therefore, it is considered non-flammable. In contrast, the currently used HFO-1234yf ignites at 405oC, making it almost flammable. It is not difficult to guess what consequences this can cause in the event of a collision and fire.

Price of r134a and price of newer A/C refrigerants

The price of refrigerant for an air conditioner is of fundamental importance to many drivers. It should be cheap, fast and high quality. Often these three factors do not converge in the overall configuration. And, unfortunately, when it comes to the air conditioning factor, it is similar. If earlier the price of the r134a factor was low, now the factor for the air conditioner is almost 10 times more expensive! This, of course, is reflected in the final prices. Some drivers fail to understand the fact that they have to pay much more for the same activity as they did a few years ago.

What is the reason for the higher price of refrigerant for air conditioners?

For example, the fact that workshops are forced to change their equipment affects the increase in the price of air conditioning. And this, of course, costs money. What is the effect? An authorized service will expect an amount in the range of 600-80 euros for refueling the air conditioner.

This is a problem that is hitting the automotive industry hard. Illicit trade in r134a occurs. It is estimated that many workshops are still using it, because there are many cars on Polish roads whose air conditioning systems are not adapted to the new HFO-1234yf substance. Moreover, often the old air conditioning agent comes from illegal sources, without permits and certificates, which creates another risk of using products of unknown origin in your car.

What gas for the car air conditioner to choose?

The situation seems to be a dead end. On the one hand, maintenance and refilling the system with new gas costs several hundred zlotys. On the other hand, an illegally imported air conditioner of unknown origin. What can you do in this situation? If you have a new car and the whole air-cooling system is sealed, then you should be happy. You don't face a lot of costs to add to the system, only maintenance. R134a gas no longer allows the legal use of air conditioning, but an interesting alternative remains - carbon dioxide.

Substance with the designation R774 (this is the brand CO2) is primarily a cheap and environmentally friendly means of air conditioning. Initially, this was taken into account in studies. Of course, equipping a workshop with this type of device often costs tens of thousands of zlotys, but it allows you to drastically reduce the cost of refueling and maintaining the air conditioner. The cost of adapting the system to the R774 should not exceed 50 euros, which is of course a one-time fee compared to regular services.

Another idea came from Australians who use propane to power air conditioners. It is an environmental gas, however, like HFO-1234yf, it is highly flammable. At the same time, the air conditioner does not require any modifications to work on propane. However, its advantage over it is that it is non-toxic and does not cause such drastic changes when vaporized or exploded.

Gone are the cheap checks of the air conditioner and filling it with the factor r134a (at least officially). Now all that remains is to wait for another solution that will change the existing directives and indicate the next direction for the automotive industry. As a consumer, you may want to consider alternatives or switch to the old proven way, i.e. open windows.

Home » Blog » Machine operation » Is R134a a thing of the past? What gas for the car air conditioner to choose? What are the prices for refrigerants?
2022-11-24 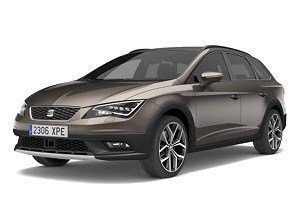 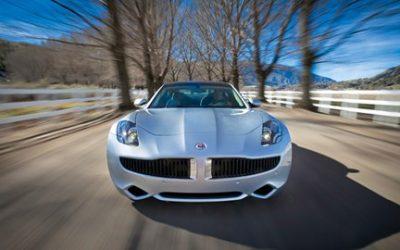 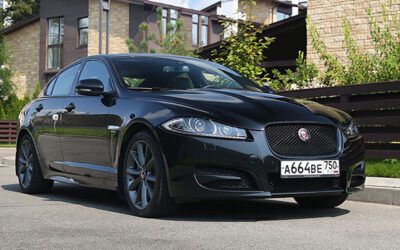