This design will make her happy! Women's city scooters

Women's scooters do not differ from others in almost anything - except for the appearance. However, it really matters! Elegant cars may be associated with actresses and models who have advertised these cars as women's vehicles in the past. Should a women's scooter be expensive? Which vehicle to choose to be able to drive it without special permits? Such a two-wheeler can be a great gift idea for the woman you love, as well as a very good vehicle for work nearby. In big cities, this is usually a better choice than a regular car. Find out how to choose the right model!

Women's scooters have a history

They started making a splash in the 40s and 50s. Women's scooters are associated with Italy for a reason, because it was there that the most iconic of them were produced, i.e. Lambretta and Vespa. Their appearance won the hearts of thousands of women and this is not surprising. These women's scooters were relatively cheap and safe vehicles, perfectly matched with fashionable style and feminine delicacy. They were so famous that they gained popularity even in India. Their ads emphasized women's independence. In those days, far fewer women had a driver's license and their own cars, and two-wheeled vehicles allowed them to go anywhere.

The women's scooter is easy to use.

Women's scooters remain a good choice for women today because not only are they very cheap to run, but they break very rarely. Therefore, you should not expect trouble and the fact that something unexpected will happen during the tour. They are also easier to keep in check than more powerful bikes, which is important for physically weaker women. The female scooter will also allow you to park without problems even in crowded places. Therefore, every city dweller who has to travel to work should consider such a car. Women's scooters also do not require any knowledge of how the engine works. You just get in and out!

How to choose a women's scooter? Check parameters

If you are looking for women's scooters, look out for their power. The power depends on what permissions you need. A woman with a category B driver's license only can drive:

If you want to buy a scooter yourself, these are the cars you should look for. They will allow you to move quickly even in an overloaded city. How to choose a women's scooter that looks good? This, in turn, depends only on your taste!

Which scooter is for a woman? Interesting offers

However, what if you are a man and are wondering which scooter for a woman to choose? Here are a few recommended styles that any chic girl will appreciate and are a good choice if you're on a budget:

Yamaha Aerox deserves special attention, it looks a bit like a sports car. This is a small and not very heavy vehicle, which is sure to be suitable for a small user. Other sought-after women's scooters are the Kymco Vitality 2T or the Piaggio X8 with a 125cc engine. Piaggio has big wheels and a very comfortable spacious sofa, so it's an interesting option.

Women's scooter - price. How much do you have to pay?

You can buy new women's scooters for about 5 PLN. zloty. Of course, the higher the quality, the higher the price. However, a woman does not need a powerful car to drive around the city. The Kymco Agility 16+ model is known for its good value for money (around PLN 9).. złoty). On the other hand, if you're feeling bad on a two-wheeler, the Yamaha Tricity with three wheels in the front might be a good choice. Its price is about 19 thousand. zloty. If, in turn, focus on something used, then, for example, Piaggio X8 appears on the secondary market for about 3-4 thousand. zloty.

A women's scooter can also be ecological! If you care about the good of the planet, bet on a battery-powered model. That's usually enough to get you to your nearest job, and your car won't emit city-polluting exhaust fumes along the way. It will also be much faster and you won't have to drive to the station to charge it. Electric scooters usually have a removable battery so you can easily charge it. Such women's scooters, however, are not suitable for women who are interested in tourism and who like to walk long distances. Typically, the range of such machines is limited to 60-150 km, and it takes several hours to charge them.

Women's scooters are distinguished primarily by their unique style, but at the same time they remain functional machines. Whether you are a woman looking for something for yourself or a man who is thinking of a gift for the fair sex, we hope this will make your choice easier! 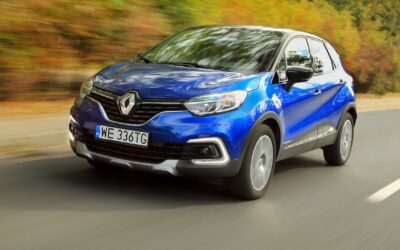 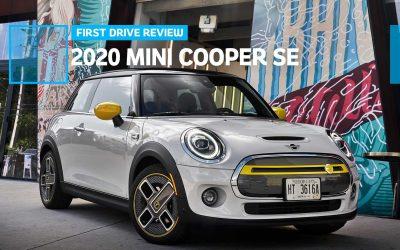