Wankel engine - device and principle of operation of a car RPD 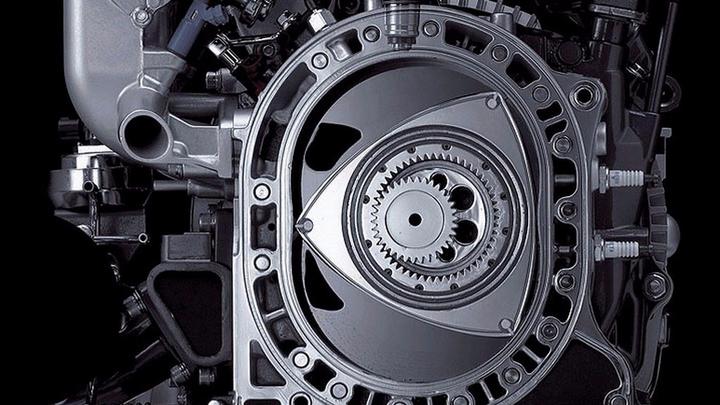 Throughout the history of the automotive industry, there have been many advanced solutions, the designs of components and assemblies have changed. More than 30 years ago, active attempts began to shift the piston engine to the side, giving the advantage to the Wankel rotary piston engine. However, due to many circumstances, rotary motors did not receive their right to life. Read about all this below.

The principle of operation of the Wankel engine is completely different from the classical one, but they are united by a single process consisting of 4 strokes (intake-compression-working stroke-exhaust). The fuel enters the first formed chamber, is compressed in the second, then the rotor rotates and the compressed mixture is ignited by the spark plug, after the working mixture rotates the rotor and exit to the exhaust manifold. The main distinguishing principle is that in a rotary piston motor, the working chamber is not static, but is formed by the movement of the rotor.

Before understanding the device, you should know the main components of a rotary piston motor. The Wankel engine consists of:

A rotary motor is an internal combustion unit. In this motor, all 4 strokes of work occur in full, however, for each phase there is its own chamber, which is formed by the rotor by rotating movement.

When the ignition is turned on, the starter turns the flywheel and the engine starts. Rotating, the rotor, through the gear crown, transmits torque to the eccentric shaft (for a piston engine, this is a camshaft).

The result of the work of the Wankel engine should be the formation of pressure of the working mixture, forcing the rotational movements of the rotor to repeat again and again, transmitting torque to the transmission.

In this motor, cylinders, pistons, crankshaft with connecting rods replace the entire stator housing with a rotor. Thanks to this, the volume of the engine has been significantly reduced, while the power is many times higher than that of the classic motor with a crank mechanism, with the same volume. This design has a high gearbox also due to low friction losses.

🚀More on the topic:
Which auto parts brands are the most popular in the world?

By the way, the engine operating speed can exceed 7000 rpm, while Mazda Wankel engines (for sports competitions) exceed 10000 rpm.

One of the main advantages of this unit is its compactness and lower weight compared to classic engines of equal volume. The layout allows you to significantly lower the center of gravity, and this has a beneficial effect on stability and sharpness of control. This advantage has been and is being enjoyed by small planes, sports cars and motor vehicles.

The history of the origin and spread of the Wankel engine will allow you to better understand why it was the best engine in its day, and why it was abandoned today.

In 1951, the German company NSU Motorenwerke developed two engines: the first - by Felix Wankel, under the name DKM, and the second - KKM Hans Paschke (based on the development of Wankel).

The basis of the operation of the Wankel unit was the separate rotation of the body and the rotor, due to which the operating revolutions reached 17000 per minute. The inconvenience was that the engine had to be disassembled to replace the spark plugs. But the KKM engine had a fixed body and its design was much simpler than the main prototype.

In 1960, NSU Motorenwerke signed an agreement with the American manufacturing company Curtiss-Wright Corporation. The contract was for German engineers to focus on the development of small rotary piston engines for light vehicles, while the American Curtis-Wright was engaged in the development of aircraft engines. German mechanical engineer Max Bentele was also hired as a designer.

The vast majority of global car manufacturers, including Citroen, Porsche, Ford, Nissan, GM, Mazda and many more. In 1959, the American company introduced an improved version of the Wankel engine, and a year later the British Rolls Royce showed its two-stage diesel rotary piston engine.

Meanwhile, some European automakers began to try to equip cars with new engines, but not all found their application: GM refused, Citroen was fixated on developing an engine with counter-pistons for aircraft, and Mercedes-Benz installed a rotary piston motor in the experimental C 111.

In 1961, in the Soviet Union, NAMI, together with other research institutes, began the development of the Wankel engine. Many options were designed, one of them found its application in the VAZ-2105 car for the KGB. The exact number of assembled motors is unknown, but it does not exceed several dozen.

🚀More on the topic:
What are the safest crossovers in the world

By the way, years later, only the Mazda automobile company truly found a use for a rotary piston engine. A striking example of this is the RX-8.

In Britain, motorcycle manufacturer Norton Motorcycles has developed the Sachs air-cooled rotary piston engine for motor vehicles. You can learn more about the development by reading about the Hercules W-2000 motorcycle.

Suzuki did not stand aside, and also released its own motorcycle. However, the engineers carefully worked out the design of the motor, used ferroalloy, which significantly increased the reliability and resource of the unit.

Having signed a research contract between Mazda and NSU, the companies began to compete for the championship in the production of the first car with a Wankel unit. As a result, in 1964, NSU presented its first car, the NSU Spider, in response, Mazda presented a prototype of 2 and 4 rotary engines. After 3 years, NSU Motorenwerke released the Ro 80 model, but received a lot of negative reviews due to numerous failures against the background of an imperfect design. This problem was not solved until 1972 and the company was absorbed after 7 years. Audi, and Wankel engines have already gotten a bad name.

The Japanese manufacturer Mazda announced that their engineers solved the problem of sealing the top (for tightness between the chambers), they began to use the motors not only in sports cars, but also in commercial vehicles. By the way, the owners of Mazda cars with a rotary engine noted the high throttle response and elasticity of the engine.

Mazda later abandoned the massive introduction of the advanced engine, installing it only on the RX-7 and RX-8 models. For the RX-8, the Renesis engine was designed, which has been improved in many ways, namely:

As a result, a compact engine with a volume of 1.3 liters and a power output of about 231 hp was obtained.

The main advantages of a rotary piston engine:

🚀More on the topic:
What is a parquet SUV?

By the way, it has been proven that even if this engine is on the verge of a resource, consumes a lot of oil, operates at low compression, its power will decrease slightly. It was this dignity that bribed me to the installation of a rotary piston engine on aircraft.

Along with impressive advantages, there are also disadvantages that prevented the advanced rotary piston engine from reaching the masses.

Decrease and increase the compression ratio 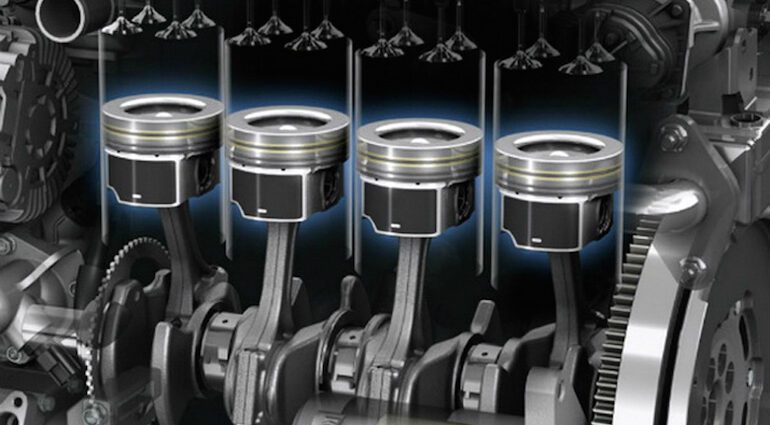 What is an engine turbocharger