BMW E46 engine - which drives should you pay attention to?

The first version of the car was available in sedan, coupe, convertible, station wagon and hatchback versions. It is worth noting that the last of them still functioned in the category of the 3rd series with the designation Compact. The E46 engine could be ordered in petrol or diesel versions. We present the most important information about drive units that you should pay attention to. Specifications and fuel consumption, as well as the advantages and disadvantages of these engines, you will know in a moment!

The most recommended engines are the six-cylinder versions. They are characterized by optimal dynamics and high work culture. A large number of varieties of E46 engines - there are as many as 11 types with different power - in practice it looks a little simpler.

The following options are available:

The power unit is equipped with multi-point indirect fuel injection. The naturally aspirated E46 engine with a DOHC valve system had a 6,5 liter oil tank, and the recommended specification was a substance with a density of 5W-30 and 5W-40 and a BMW Longlife-04 type.

330i engine performance and fuel consumption

The drive burned out after:

For diesel engines, the E46 could be equipped with the model designations 318d, 320d and 330d. Power varied from 85 kW (114 hp) to 150 kW (201 hp). It should be noted that, despite better performance, diesel units had a higher failure rate than gasoline units.

Recommended units for E46 from the diesel group - version M57TUD30

The unit had 6 in-line cylinders with a cylinder diameter of 84 mm and a piston stroke of 88 mm with a compression of 19. There are four pistons per cylinder - this is an OHC system. The diesel unit uses a Common Rail system and a turbocharger.

The M57TUD30 version had a 6,5 liter oil tank. A substance with a density of 5W-30 or 5W-40 and the BMW Longlife-04 specification was recommended for operation. A 10,2 liter coolant container was also installed.

The diesel accelerated the car to 100 km/h in 7.8 seconds and had a top speed of 227 km/h. This BMW engine is considered by many drivers to be the best unit from the 3 E46 series.

In the case of E46 engines, regular vehicle maintenance is an important aspect. First of all, it refers to the timing. It should be changed approximately every 400 XNUMX. km. There are also problems associated with the intake manifold flaps, as well as the timing drive and common rail injectors. You should also pay attention to the regular replacement of the dual-mass flywheel.

There are also failures of turbochargers and injection systems. In the event of a malfunction, all 6 injectors must be replaced. In versions cooperating with an automatic transmission, damage to the transmission is possible.

There is no shortage of well-maintained E46 models on the secondary market. BMW has created such a good series that many cars have not suffered from corrosion. Not only cars are in good technical condition - this also applies to drive units. However, before buying a BMW E46, you should carefully read the technical condition of the engine in order to avoid costly maintenance problems. An E46 engine in good condition would definitely be a good choice. 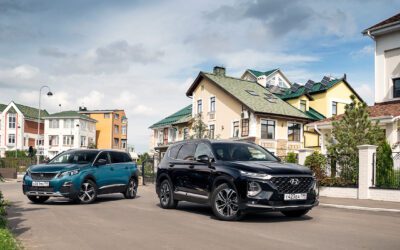