Fastback is a type of vehicle body with a roof that slopes continuously from the front of the passenger compartment to the rear of the vehicle. As the roof moves towards the rear, it moves closer to the base of the vehicle. At the tail of the car, the fastback will either bend straight towards the ground or drop abruptly. The design is often used because of its ideal aerodynamic properties. The term can be used to describe either a design or a car that is designed this way.

The slope of the fastback can be either curved or more straight, depending on the manufacturer's preferences. The tilt angle, however, varies from vehicle to vehicle. While some of them have a very small descent angle, others have an extremely pronounced descent. The fastback tilt angle is constant, it is easy to determine the absence of kinks.

While no consensus has been reached on who first used the fastback car body, some have suggested that the Stout Scarab, launched in the 1930s, may have been one of the first cars to use this design. Also considered to be the world's first minivan, the Stout Scarab had a roof that sloped gently and then sharply at the back, resembling a teardrop shape.

One of the advantages of the fastback design is its superior aerodynamic properties compared to many other automotive body styles. As any vehicle moves through invisible obstacles such as air currents, an opposing force called drag will develop as the vehicle's speed increases. In other words, a car moving through the air encounters resistance, which slows the car down and adds superior value pressure, due to the way air curls around the vehicle as it flows over it.

🚀More on the topic:
The structure and principle of operation of the ABS system

Hatchbacks and fastbacks are often confused. A hatchback is the term for a car with a rear windshield and tailgate, or sunroof, that attach to each other and work as a unit. There are often hinges at the top of the rear windshield that lift the sunroof and window upward. Many, though not all, fastbacks use a hatchback design. A fastback can be a hatchback and vice versa.

What car bodies are made of 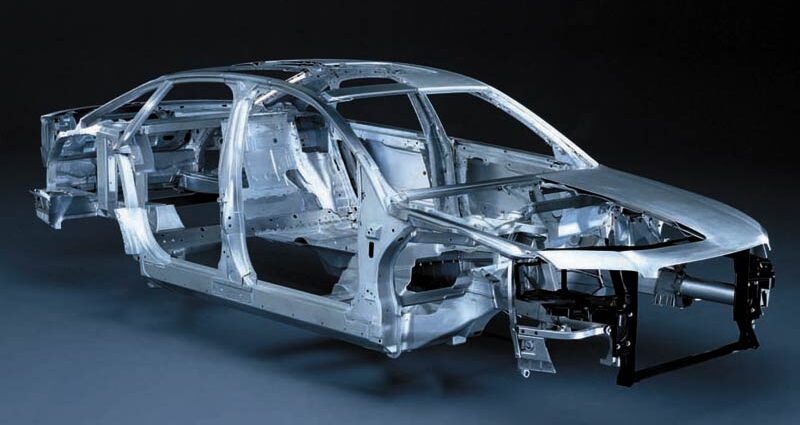