What is a bus, types and types 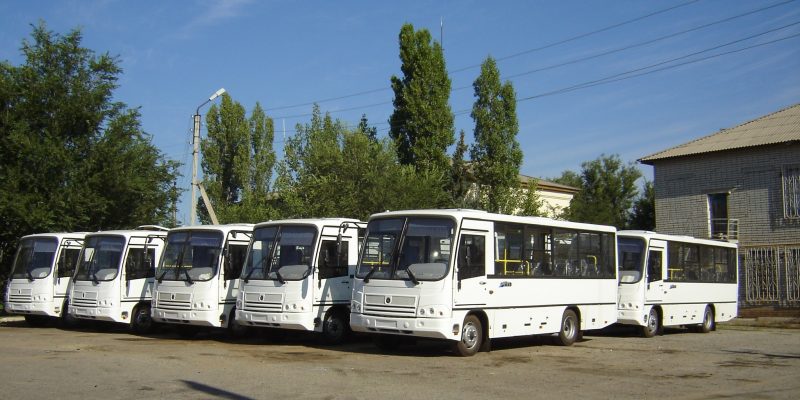 There are several million buses on the roads every day in the world. Countries are different, but the purpose of the bus is the same: to transport people from one place to another for a small fee (in comparison with a train, plane, for example).

Scientifically, a bus is a vehicle that can carry from 8 passengers at a time.

The transport is powered by a motor. He can move along the rows of the road, go in reverse. This distinguishes it from the tram. Not all buses have conductors. Nowadays, most vehicles have “cash desks” for contactless payment or payment cards.

From the outside, the bus looks like a long transport with four wheels and additional elements, a wide windshield, extensive windows throughout the cabin, with two main doors. The side windows are located above the driver's level of vision, the "wipers" are large and do not move quickly.

The design is as follows - inside the bus there are always 2 "sections": passenger and driver's seat. The transport does not have a special partition, but usually there is a vertical line behind the driver's seat, that is, it is impossible to approach the driving person from behind. Made for safety.

Each bus is equipped with plastic seats covered with fabric or other material. The number of seats depends on the length of the vehicle. Standing space is calculated individually for each bus. The cumulative effect of the number of hours in motion on transport is not much produced.

Requirements for the cabin, seats and other elements

The bus is designed for safe, inexpensive and comfortable travel around the city. To comply with these goals, a list of requirements for seats and design has been created.

These include additional controls available only to the driver. Fire extinguishers, first aid kits, "hammers" for breaking windows in an emergency - everything must be present on the bus. Additional gasoline, wheels, a set of tools, water are also mandatory requirements for the release of vehicles into the stream.

Different classes of buses have their own rules of movement. A list of buses was established, divided into 5 classes. For example, 1 star and, accordingly, 1 class is a transport created for short trips around the city or to a nearby suburb (up to 40 minutes). Class 2 - buses with more comfortable conditions for domestic travel or tourism over short distances, and so on, 3, 4 (standard classes). Class 5 - luxury.

Seats, leg distances, the presence of air conditioning - everything is folded individually at the factory or less often by the carrier / driver.

For trips in the city, one type of transport is used, for suburban routes - the second, for tourist - the third.

Urban... It is used to transport people in the city, mainly on flat roads. The bus always has a lot of places to sit and travel while standing. Most buses use 2 doors, sometimes a third appears. They are designed for quick exit and entry of passengers. Such vehicles have a low floor, comfortable bright handrails, large areas for standing places. The factories create additional lighting, heating equipment (for a comfortable trip at any time of the year). This type of bus turns quickly on the roads.

Suburban... Used to drive from one city to another. There are many seating areas in the transport and there is practically no standing area. This bus is being created for both city and suburban driving. In comparison with the previous type, it has a higher speed.

Tourist... Long distance transportation to other cities / countries. There are no standing places, only seated ones. The buses have space for luggage, a narrow passage and a lot of seats with a large distance between the rows for a comfortable trip. A refrigerator, toilet, wardrobe may appear in the transport. It depends on the destination and the total travel time. It is forbidden to exceed the speed while moving, it is forbidden to stop abruptly too.

There are specific requirements for tourist transport. For example, there must be reclining seats, a footrest, large panoramic windows, a sufficiently deep luggage compartment, ventilation equipment. Different buses are produced in different parts of the country. For northern cities, the emphasis is on heating, sound insulation systems, and wind protection. For southern people - sun-protection film, high-quality air conditioning. For the mountain - a retarder, modified seat belts.

Capacity is the number of seating and standing areas. Indicated on the panel behind the driver. Usually from 30 seats and more. The capacity of buses of different types also differs. For example, urban transport includes both seated and standing places - there are usually many of them. The tourist bus only carries passengers in a sitting position, so the capacity is lower.

The previous classification (by capacity) completely depends on the dimensions: the length and width of the vehicle. There are the following technical types of buses:

· Extra large - up to 16,5 includes up to 110 seats (the length increases due to the availability of amenities: toilet, refrigerator, etc.).

By number of floors

Everything is simple here. Single-deckers are classic buses. One-and-a-half-story - the space is allocated for the luggage compartment, and the seats "rise". Double-decker - tourist, sightseeing buses, which are in demand outside of Russia.

By body type, layout and design

Conventionally, all bus models can be divided into a variant with and without a hood (carriage type). In the first case, the design of the bus is two-volume (visually, the motor is outside the passenger compartment). The wagon body type is one-volume (the engine compartment is located within the cabin).

By body type, layout and design, buses are divided into models with:

By the number of salons

This classification includes two types of bodies. The first category includes one- or two-volume buses with only one cabin, regardless of its size. The second category includes models with an articulated body (the so-called "accordion"). In such a design, there can be two or more salons, interconnected by means of a movable section.

Each of the additional salons is complete. Thanks to this, such a bus is able to carry a large number of passengers without compromising their comfort. But to manage such transport, you need to acquire special qualifications. Another advantage of articulated saloons is that passengers are loaded as quickly as possible due to the large number of doors.

In this classification, all buses are divided into three categories:

In a narrower classification by size, buses are divided into:

Additionally, there are front-engine and rear-engine buses. They are produced by different brands, transport is purchased individually. There are bonnet and cabover buses. Usually the latter have a flat "face", they approach close to cars and compact the flow in the traffic jam. Try to take up less space if in simple terms. There are also high-deck, low-floor - separate categories.

According to the type of engine, gasoline, diesel, gas are distinguished. Gas buses are widespread, but diesel buses are also in demand. Gasoline vehicles are less common due to fuel costs.

Special buses were originally "ordinary". They were converted, stickers were pasted on the vehicles, the drivers were assigned a specific goal and a different route was allocated.

Medical... This does not mean a fixed-route taxi, but a full-fledged bus. It houses the resuscitation team or laboratory. Rarely seen in the city and suburbs. They are used for serious accidents, transporting people from one hospital to another.

School... Base - any bus, old, new. The option is used to transport children in the city and beyond. Most often appears in villages / towns / urban-type settlements. Children are "taken" there for additional or basic education. It happens like this: the bus picks up children from different regions of the region and takes them to one place. Waiting, taking back. In the city, the car is used during an excursion, or in the same way: for transporting children from one place to another. Transport must be equipped with seat belts, seats are designed for children, there are low handrails. The color of the bus is always bright yellow, with a red inscription "CHILDREN" and a corresponding sign on the windshield and rear windows.

Rotational... The people call it "watch". Used to transport workers to and from the workplace. Not much different from other buses. A sticker about the place of organization may be attached to the transport so that other people do not confuse the rotational bus with the city bus.

Advertising... There are 2 types. The first type is the driver and equipment in the body, which, using a loudspeaker or speakers, distributes information to people. The second type includes a driver and a team of people who drive around the city, stop in particularly busy areas and tell advertisements.

Ritual... There is an important requirement for buses: there must be curtains, curtains or tinting on the windows in the cabin. A precautionary measure against prying eyes and for believers in omens - from the evil eye.

Rescue service... Highlighted in bright colors. Inside the equipment, 4-5 people. They drive fast, if possible, they need to give way.

Apron... They deliver passengers from the plane to the airport and vice versa. They have a minimum of seating places - about 10 for the entire bus, low steps, many handrails, large space for standing up. Sometimes a ladder is attached to the transport - you don't even need to get off the bus.

Sightseeing... It is also called self-propelled, although there is a driver inside. Always above public transport. Bright on the outside, comfortable on the inside. The windows can be half open during the summer. There are also models with an open top or two-story. This type is constantly being modified and changed.

Models from the USSR stop driving on the roads. Instead of them, a new, quiet transport has long been launched. It looks beautiful from the outside and is equipped with details for a more comfortable ride. It has built-in additional safety features and motion control sensors. Much attention has been paid to the driver's seat: a comfortable seat, power steering, means to facilitate driving the bus. In many models, contactless payment means are connected. Buses ensure the comfort of passengers when traveling in the city and beyond. The choice of transport is carried out mainly by transport companies, in rare cases - by the driver.

Urban transport is produced by Russian brands: Gazelle, UAZ, ZIL, LiAZ. Everyone sees them in the city every day. Foreign car factories also manufacture buses. Foreign brands include Mercedes, Volvo (you can also often see both manufacturers), Setra, MAN, Iveco, etc. Both Russian and foreign manufacturers are in demand.

In conclusion, we offer a short video about different modifications of MAZ buses:

How many seats are there in a passenger bus? The capacity of a bus depends on its length, purpose (international, interregional or intracity) and class. The 12-meter buses can seat up to 90 passengers, articulated models have more than 90.

How are buses divided depending on the class? All passenger buses are classified according to: purpose, length, passenger capacity (small, medium and large class), body type, layout, design, number of cabins. 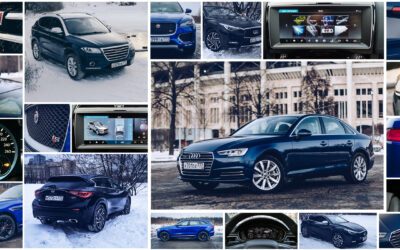 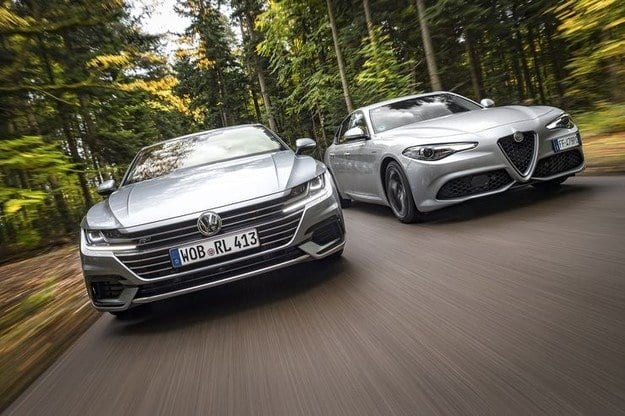 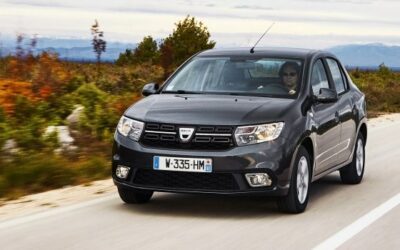