With the increase in environmental standards and requirements for engine performance, the forced injection system gradually migrated from diesel units to gasoline ones. Details about various modifications of the systems are described in another review... One of the most important elements of all such systems is nozzle.

Consider the common questions regarding the most common procedure that any injector will sooner or later need. This is cleaning the injectors. Why are these elements contaminated if there is a filter in the fuel system and not even one? Can I clean the nozzles myself? What substances can be used for this?

Why do you need to clean the nozzles

The injector is directly involved in supplying fuel to the cylinder (if it is direct injection) or to the intake manifold (multipoint injection). Manufacturers make these elements so that they spray fuel as efficiently as possible, and not just pour it into the cavity. Thanks to spraying, better mixing of gasoline or diesel fuel particles with air occurs. This, in turn, increases the efficiency of the motor, reduces harmful emissions (the fuel burns out completely), and also makes the unit less voracious.

When the injectors become clogged, the engine becomes unstable and loses its previous performance. Since the on-board electronics often does not record this problem as a malfunction, the engine light on the dashboard does not light up at the initial stages of clogging.

The driver may understand that the injectors have stopped working properly due to the following symptoms:

In addition to the fact that the increase in fuel consumption affects the wallet of the motorist, if nothing is done, due to the poor performance of the fuel system, the engine will begin to experience additional stress. This can lead to damage to the unit. And if the car is installed catalyst, the unburned fuel contained in the exhaust will significantly reduce the working life of the part.

Today, there are two ways to clean the engine nozzles:

🚀More on the topic:
What is a crankshaft shock absorber?

Each of the techniques is self-sufficient. There is no need to combine them. Experts successfully use each of them to the same extent. Their only difference is the degree of contamination of the sprayers and the availability of expensive equipment.

Many motorists have a question: why the fuel filter does not cope with its function? In fact, the reason lies not in the quality of the filter elements. Even if you install the most expensive filter on the highway, sooner or later the injectors will still clog up, and they will need to be flushed.

The fuel filter retains foreign particles larger than 10 microns. However, the throughput of the nozzle is much lower (the device of this element also includes a filter), and when a particle with a size of about 1 micron gets into the line, it can get stuck in the atomizer. Thus, the injector itself also acts as a fuel filter. Due to the clean fuel, particles that can disturb the cylinder mirror do not enter the engine.

No matter how high-quality gasoline or diesel fuel is, such particles will certainly be present in it. Fuel cleaning at a gas station is not as good as we would like. To prevent the sprayers from clogging up often, it is better to refuel the car at proven gas stations.

How do you know if the nozzles need flushing?

Since fuel always leaves much to be desired, in addition to particulate matter, it can contain a large amount of impurities. They can be added to the tank by fuel sellers to increase the octane number (for what it is, read here). Their composition is different, but most of them do not completely dissolve in the fuel. As a result, these substances leave a small deposit when passing through a fine spray. It builds up over time and will prevent the valve from working properly.

When this layer starts to interfere with adequate spray, the car owner may notice the following:

Depending on the quality of the fuel and the efficiency of the fine filter, the injectors get dirty at different rates. There are also several degrees of clogging. This will determine which method will need to be applied.

There are three main stages of pollution:

🚀More on the topic:
How to determine brake pad wear

How often do you need to clean the injector nozzles

Although modern high-quality nozzles are capable of working a million cycles, manufacturers recommend periodically cleaning the elements so that they do not fail due to difficult work.

If the motorist chooses high-quality fuel (as far as possible in a particular region), then flushing is performed at least once every 5 years or after overcoming 80 thousand kilometers. When refueling with inferior gasoline, this procedure should be performed more often.

When the car owner starts noticing the symptoms mentioned earlier, there is no need to wait until the time comes for cleaning. It is best to flush the injector early. When cleaning the injectors, it is imperative to replace the fuel filter.

How the injectors are cleaned

The easiest way is to pour a special additive into the gas tank, which, when passing through the injector, reacts with small deposits and removes them from the sprayer. Many motorists carry out this procedure as a preventive measure. The additive keeps the injector clean and prevents heavy contamination. Such funds will not be expensive.

However, it should be noted that this technique is more suitable for preventive measures than for deep cleaning. There is also one side effect of cleaning additives. They react with any deposits in the fuel system, not just clean the injectors. During the reaction (this depends on the degree of contamination of the fuel line) flocs can form and clog the fuel filter. Smaller particles can clog the fine spray of the valve.

To neutralize this effect, a deeper cleaning is used. The cleaning technique with the engine running has gained great popularity. In order not to "put" the injectors and not to change the composition of the fuel in the fuel system, the engine is completely disconnected from the standard line and connected to the cleaning line. The stand supplies solvent to the motor.

This substance has a sufficient octane number to ignite in the cylinder, while still having cleaning properties. The motor is not subject to stress, so the solvent may not provide performance and knock resistance. The most important parameter in such a procedure is the detergent properties of the substance.

This method can be carried out at any car service. The main thing is that the master clearly understands how to properly disconnect and then connect the standard fuel system. The stand itself does not require any special skills.

In addition to cleaning the injector without removing the nozzles, there is also a procedure during which not only a chemical, but also a mechanical process is used. In this case, the master must be able to correctly remove the nozzles from the fuel rail or intake manifold, and also have an understanding of how the stand works.

All removed nozzles are connected to a special stand and lowered into a reservoir with a cleaning liquid. The vessel also contains an emitter of ultrasonic waves. The solution reacts with complex deposits, and ultrasound destroys them. To make the procedure more effective, electricity is supplied to the sprayers. During processing, the valves are cycled to simulate spraying. Thanks to this, the injector is not only cleaned of external deposits, but also cleaned from the inside.

At the end of the procedure, the nozzles are rinsed. All removed deposits are removed from the device. The master also checks the effectiveness of the liquid spraying. Typically, this procedure is carried out with heavy contamination of the sprayers. Since the process is quite complex, it must be carried out by the hand of a specialist. Do not settle for cleaning in questionable workshops, even if you have an appropriate stand.

You can also rinse the injector yourself. To do this, the motorist needs to design an alternative fuel system. It will consist of:

It is not difficult to assemble such a system, but only if an ignorant person does it, instead of cleaning, he will simply ruin the nozzles. Also, some items will have to be purchased. Preparing for flushing, purchasing inventory and the time spent - all this can be a reason to give preference to a car service, in which the work can be done faster and cheaper.

Flushing the injector: by yourself or at a service station?

To use cleaning additives for preventive purposes, the motorist does not need to go to the service station. In this case, the main thing is to adhere to the instructions of the manufacturer of the product. The solutions are poured directly into the fuel tank. The effectiveness of such washes is manifested only on non-coked nozzles. For older engines, it is best to use more efficient cleaning with an alternative fuel system. If you perform an unqualified flushing, you can spoil the gasket materials of the engine, from which you will also have to repair the internal combustion engine.

In a workshop environment, it is possible to check the effectiveness of the spraying, as well as complete the removal of plaque. In addition, the auto repair shop will give a guarantee for the work performed. In addition to cleaning the nozzles at the service station, other injector systems are also restored, which is extremely difficult, and in the case of some motors, it is generally impossible to do it at home. Experienced craftsmen work at renowned car services. This is another reason for professional injector cleaning.

So, performing timely or preventive cleaning of the injector, the motorist not only prevents damage to expensive injectors, but also other engine parts.

Here is a short video on how ultrasonic injector cleaning works: 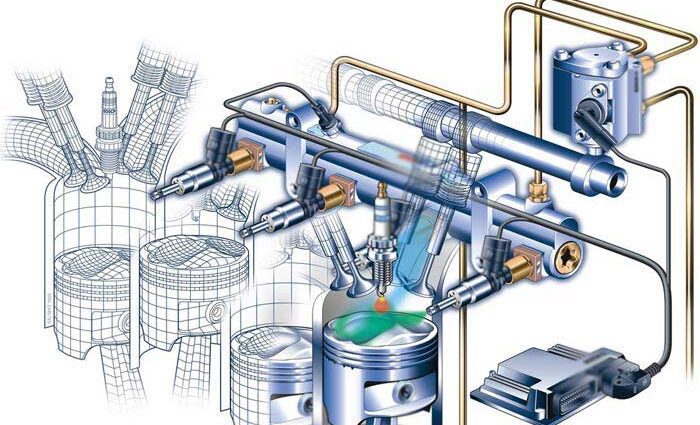 Engine knocking, what to do and how to determine the cause? 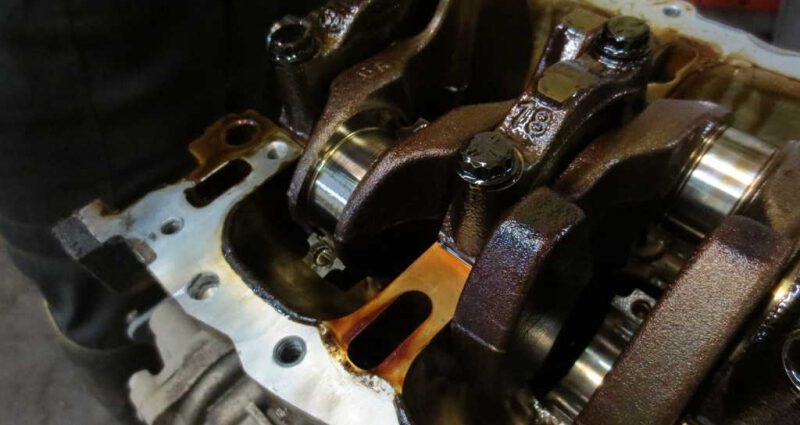 Blue smoke from the exhaust

What is a thermostat and what is it for? 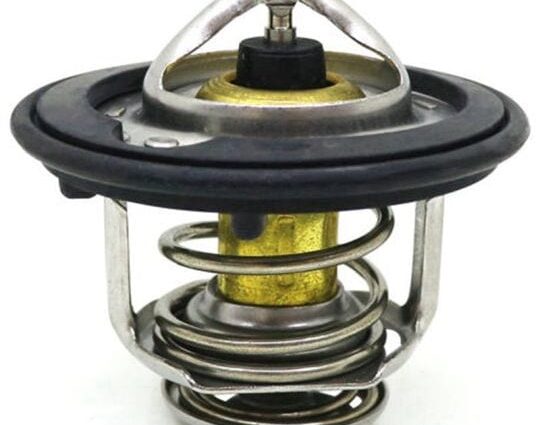 How to choose oil seals for a car 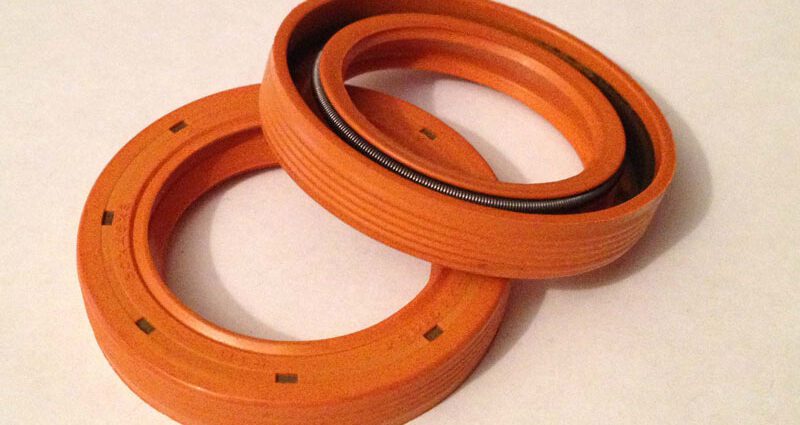