September 5 marked the 50th anniversary of one of the earliest endings of a Formula 1 career: Jochen Rind, the only posthumous world champion in history. Since the first organized car race, the Paris-Bordeaux Race in 1895, thousands of pilots have died on the tracks. This bleak list starts with Atilio Cafarati (1900) and Elliott Zbovorski (1903) and extends to Jules Bianchi, who suffered a fatal accident at the 2015 Japanese Grand Prix, and Antoine Hubert, who died in Spa at the start of Formula 2 in August last year.

In honor of Rind, we decided to pick ten of those tragedies that resonated the most.

"If you can keep two black lines from the beginning of a straight line to the next turn, then you have enough energy." This popular quote from Mark Donahue illustrates both the famous sense of humor and the extraordinarily daring style of this American pilot. Named Captain Nice for his charm and friendly personality, Mark left his mark behind the wheel of the legendary Porsche 917-30 in the Can-Am Series and won a legendary victory in Indianapolis in 1972, as well as a podium finish in his Formula 1 debut at the Canadian Grand Prix.

At the end of 1973, Mark announced his retirement, but then Roger Penske convinced him to return for another attempt to compete in Formula 1. On August 19, 1975, in training for the Austrian Grand Prix, a tire burst in his March car and he crashed into a fence. fastest turn. Shrapnel from the collision killed one of the marshals on the spot, but Donahue did not appear to be hurt, save for the impact of his helmet on the edge of a billboard. However, in the evening the pilot had a severe headache, the next day he was admitted to the hospital, and by the evening Donahue fell into a coma and died of a cerebral hemorrhage. He was 38 years old.

The 1977 South African Grand Prix crash is perhaps the most ridiculous in history. It all starts with the relatively harmless engine damage of the Italian Renzo Dzordi, which forces him to pull off the track. The car lights up, but Dzorzi has already got out and is watching from a safe distance. Then the two marshals make the fateful decision to cross the road to put out the fire with their fire extinguishers. However, they do it in a small depression, from where there is no good visibility to nearby vehicles.

One ferries safely, but the other - a 19-year-old boy named Frike van Voeren - is hit by Tom Price's car at a speed of about 270 km / h and killed on the spot. The 18-pound fire extinguisher he was carrying bounces off and hits Price's helmet with such force that it breaks his skull, and the extinguisher itself bounces off, flies over the stands and crashes onto the car in the next parking lot.

🚀More on the topic:
Why did the multi-link suspension begin to disappear?

27-year-old Price's career is only gaining momentum - in Kialami qualifying he showed the best time, faster than even Niki Lauda. As for the unfortunate van Vouren, his body is so mutilated that they cannot recognize him, and they have to call all the marshals to find out who is missing.

The 80s were the era of the legendary Group B cars in the World Rally Championship - increasingly powerful and lighter monsters, some of which can accelerate to 100 km / h in less than three seconds. It is only a matter of time before the power gets too much for the tight rally sections. In 1986, there had already been several serious accidents at the Corsica Rally, when spear Delta S4 Henry Toivonen and navigator Sergio Cresto flew off the road, flew into the abyss, landed on the roof and caught fire. Both men died instantly.

Toivonen, 29, who had won the Monte Carlo Rally a few months earlier, had repeatedly complained that the car was too powerful. The same is said by Cresto, whose former Lancia partner Atilio Betega died in 1985, also in Corsica. As a result of this tragedy, the FIA ​​banned Group B cars.

American racing series pilots are not very popular in Europe. But Dale Earnhardt's death spread throughout the world - to the point that the man became a living symbol of NASCAR. With 76 starts and seven-time champion (a record shared with Richard Petty and Jimmy Johnson), he is still considered by most experts as the best rider in North American Championship history.

Earnhardt died in Daytona in 2001, literally on the last lap of the race, trying to block Ken Schroeder. His car hit a Stirling Marlin lightly and then hit a concrete wall. Doctors later determined that Dale had broken his skull.

His death led to a major change in NASCAR security, and the number 3 he competed with was phased out in his honor. His son Dale Earnhard Jr. won Daytona twice in subsequent years and continues to compete to this day.

The German competing for Austria, Rind is one of the brightest figures in Formula 1 at the dawn of the 70s - and this is a time when there is no shortage of bright figures. Drawn in by Colin Chapman at Lotus, Jochen proved his worth in the Monaco Grand Prix when he managed to win from eighth position at the start on a challenging overtaking track. This was followed by four more triumphs, although after the victory in the Netherlands, Rind decided to retire due to the death of his friend Pierce Cartridge, with whom they had dined the night before. Rind and Graham Hill lead the pilots' association, which fights for safety and the installation of protective barriers on the runways.

🚀More on the topic:
7 tips to extend your car’s battery life

At the start at Monza, most teams, including Lotus, removed spoilers to increase straight line speed. In practice, Rind was knocked off the track due to brake failure. However, the new fence was installed incorrectly and broke and the car slipped under it. The seat belts literally cut Jochen's throat.

The points earned so far are enough to posthumously earn him the Formula 1 title, which Jackie Stewart conferred on his widow Nina. Rind dies at the age of 28.

The 1950s were the era of legendary figures in motorsport, but few can compare with Alfonso Cabeza de Vaca and Leighton, the Marquis de Portago - an aristocrat, godfather of the Spanish king, ace, jockey, car pilot and Olympian, bobsledder. De Portago finished fourth at the 1956 Olympics, just 0,14 seconds behind a medal, although he had previously only trained in bobsleigh. He won the car version of the Tour de France and finished second at the 1956 British Grand Prix. In one of his most famous photographs, he smokes quietly while mechanics fill the car with flammable racing fuel behind him.

De Portago barely survived in 1955 when he was thrown from his car at Silverstone at 140 km / h and broke his leg. But two years later, the mythical Mille Miglia rally was out of luck. Due to a burst tire at a speed of 240 km / h, his Ferrari 355 flew off the road, rolled over and literally tore two pilots and his co-driver Edmund Nelson apart. Nine spectators, five of them children, were killed after a machine tore off a mile-long stone and sent it into the auditorium.

Although he won only six races in his relatively short career, some connoisseurs still consider Gilles Villeneuve the most outstanding driver of Formula 1. In 1982, he had a real chance to finally win the title. But in qualifying for the Belgian Grand Prix, his car took off, and Villeneuve himself was thrown onto the railing. Later, doctors found that he broke his neck and died on the spot.

People like Nikki Lauda, ​​Jackie Stewart, Jody Scheckter and Keke Rosberg recognize him as not only the brightest driver, but also the most honest person on the track. Fifteen years after his death, his son Jacques achieved what his father could not do: he won the Formula 1 title.

Wolfgang Alexander Albert Edward Maximilian Reichsgraf Berge von Trips, or simply Teffi as everyone calls him, was one of the most talented pilots of the post-war era. Despite his diabetes, he quickly made a name for himself on the tracks and won the legendary Targa Florio, and in 1961 his Formula 1 career began with two wins and two runners-up in the first six starts of the season. In the penultimate race of the Italian Grand Prix, von Trips started as the leader of the standings.

🚀More on the topic:
The device and principle of operation of the gearbox

But in an attempt to overtake Jim Clark, the German caught on the rear wheel, and his car flew into the stands. Von Thrips and 15 spectators died instantly. This is still the worst incident in Formula 1 history. The world title rests with his Ferrari teammate Phil Hill, who is just one point ahead of him.

This is probably a disaster that has left its mark on the hearts of most people. On the one hand, because it killed one of the greatest pilots of all time. On the other hand, because it happened at a time when Formula 1 was already considered a safer sport, and the monthly tragedies of the 60s, 70s and early 80s were just a memory. That is why the death of young Austrian Roland Ratzenberger in qualifying for the San Marino Grand Prix shocked everyone. But the next day, in the middle of the race, Senna's car suddenly flew off the track and crashed into a protective wall at a speed of 233 km / h.

When he was pulled out from under the rubble, he still had a weak pulse, doctors performed a tracheotomy on the spot and took him to the hospital by helicopter. However, the moment of death was later declared the hour of death. As a rival, Ayrton Senna was often completely unscrupulous in his pursuit of victory. But in his wrecked car, they found the Austrian flag, which Ayrton intended to hang on the steps in Ratzenberger's memory, which once again proves that this aggressive and ruthless pilot was also a wonderful person.

This French pilot's name probably means nothing to you. But this is due to the greatest tragedy in the history of motorsport - so large that it almost led to its widespread ban.

However, this is not poor Loeweg's fault. On June 11, 1955, at 24 hours of Le Mans, Englishman Mike Hawthorne unexpectedly entered boxing. This forces Lance McLean to turn sharply so as not to hit him, but McLean's car hits Lövegh right into the stands (Juan Manuel Fangio miraculously manages to get around and avoid the same). Levegh himself and 83 others were killed, many of them literally beheaded by the debris. The marshals are trying to extinguish the burning magnesium Levegh coupe with water and only intensify the flame.

However, the competition continues because the organizers do not want to panic the remaining about a quarter of a million viewers. Hawthorne himself returned to the track and eventually won the race. He retired three years after the death of his close friend Peter Collins and died just three months later in a car accident near London.

The tragedy of Le Mans has almost brought an end to motorsport in general. Many governments are banning car racing and the biggest sponsors are leaving. It will take almost two decades before the sport is reborn. 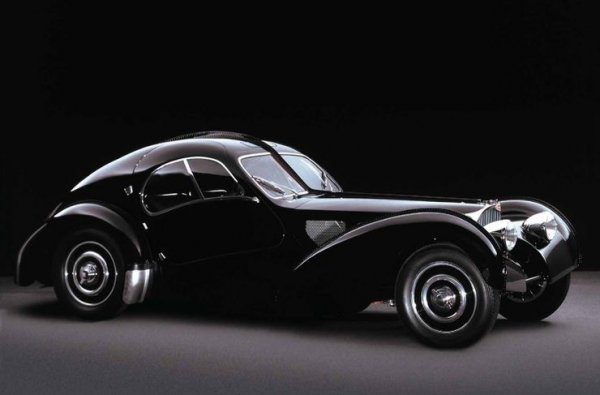 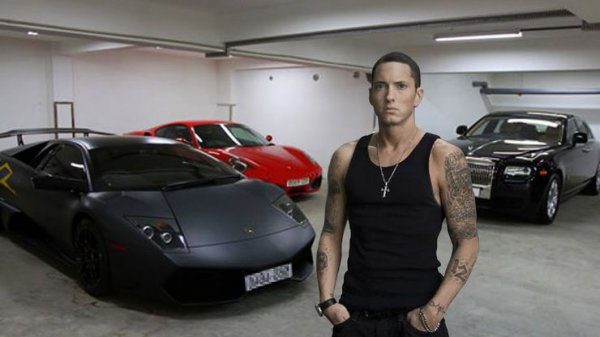 10 most important moments in Brabus history 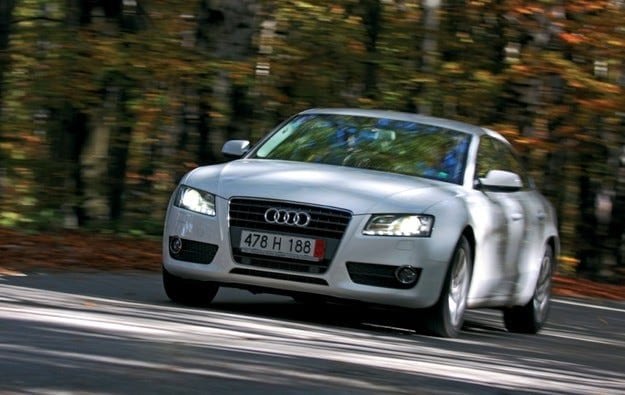 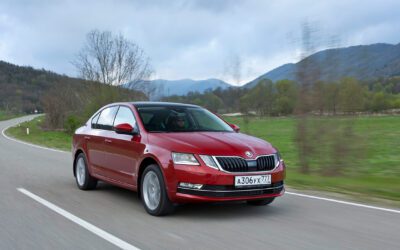 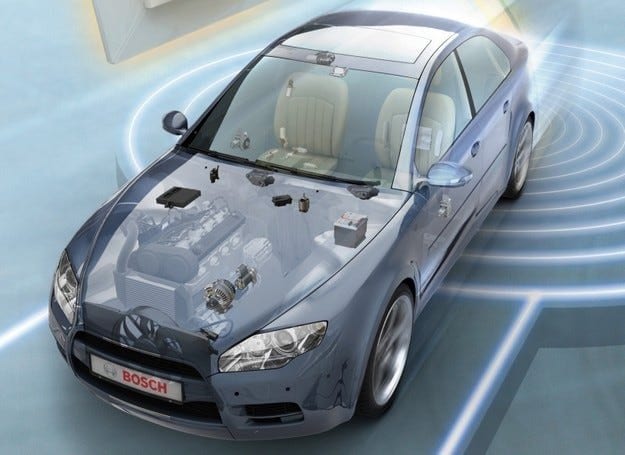 Since 2011, the brake assist system has become mandatory in the EU. 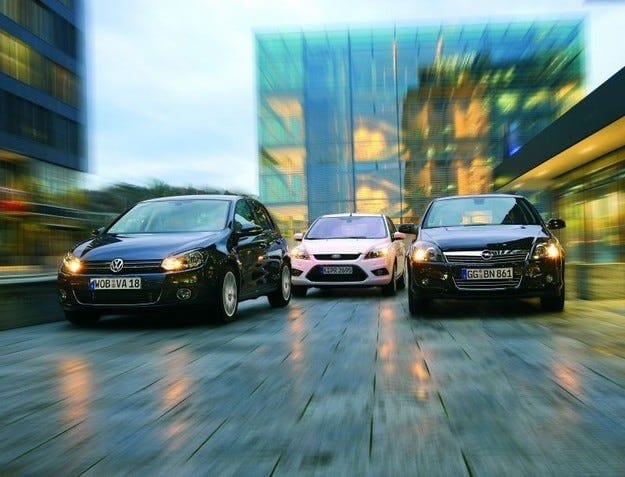